Heres some shots of my initial progress but lack of glue and any model shops locally has stopped me in my tracks for now. 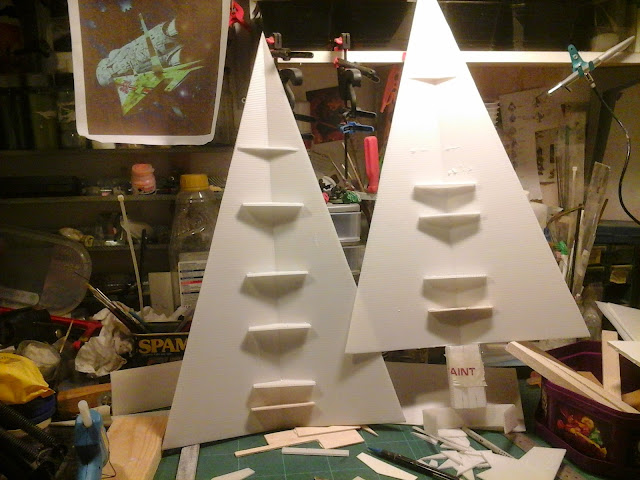 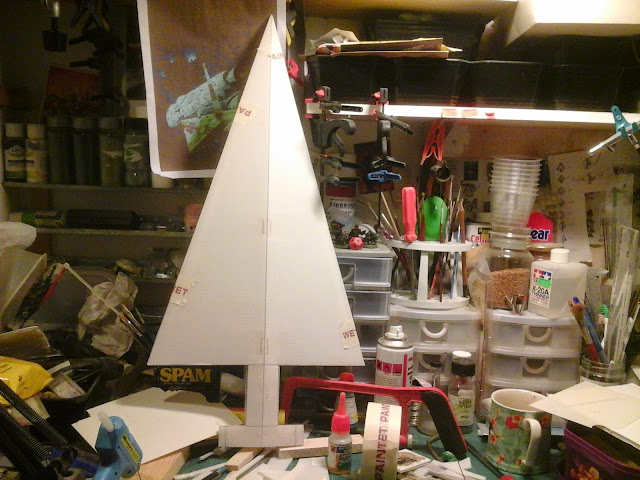 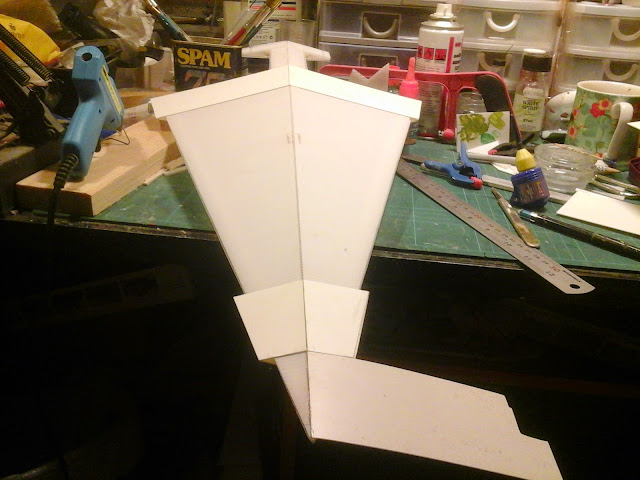 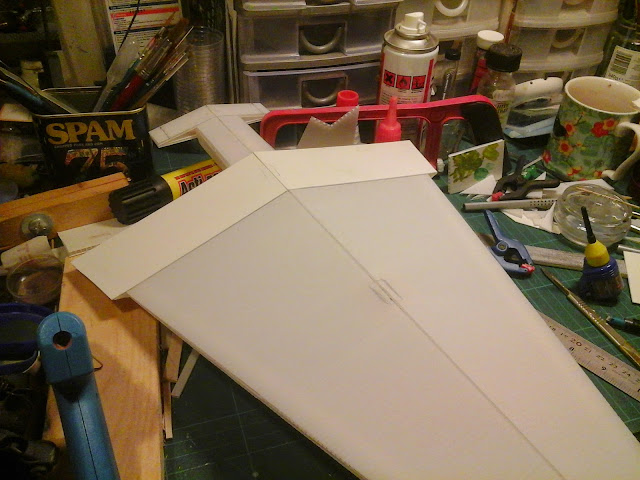 About time i did some model

Heres what im proposing building for the anyyhing goes comp on sfm. 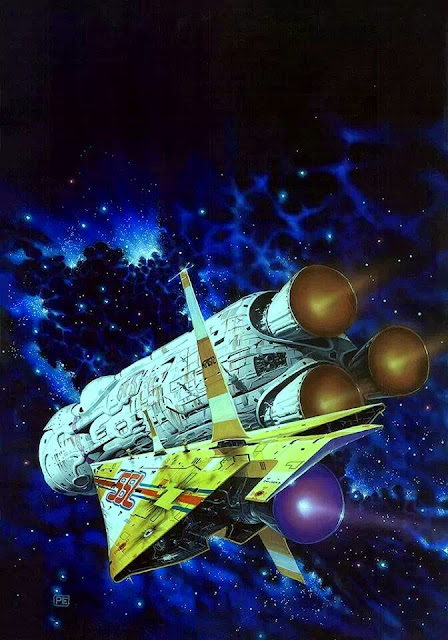 The dereliction of lazy summer days

Well its been a while since any updates on here and i can only blame the long sunshiney days of summer that we have been treated to the year here in the UK. Not much was done on the modelling front but i did grow some awesome taters on my allotment among some other lovely veg but now the weather has turned against me its time to get serious with my model making again.
The mono bike is getting close to compleation as is the rider so paint will be applied soon and then i'll start on the scout walker to accompany it. If time permits i will get the seond monobike done also but for now the one will have to suffice.
On the miniatures front all that's been done is a lot of planning and some base coating of my retro future marines project, i've also started choosing the different chapters they will be from which is a project all in itself :)
My continuing delving's into the Inq28 scene or movement if you like has continued over the summer but mostly in the planning department and reserching of images and dipping in to relevant forums and blogs. Speaking of which i had a shock today browsing the ammobunker forums Inq28 area, hitting the general thread for links to new inqspiration the first highlighted note was my little old blog and posted by none other than PDH omfg. So that has made my day better still i re found my inq rule book which had gone walk about and totally stalled my next henchman bashsculpt. I need to scan a couple of pages before lending it to Matt so he can gen up on the rules and we could maybe get a game in before hell freezes over lol.  I will be starting that soon as a fill in between monobike and scout walker building in the next few weeks so new pics will be hitting the blog very soon. This guy will be i think my most ambitious conversion to date, a lot of sculpting will be involved to make him work.
One more thing is that i'm hitting a mile stone this week in the form of my birthday and hoping to make the pilgrimage to the most holy temple of all things 40K that is Lenton and the warhammer world' weather and work and wife permitting. Its only about an hour away so no real excuse i've been very close to it on many occasions but circumstances have always ment that it was not possible. Been at this on and off since i was 13 that's 27 years next Thursday and i'm still rubbish but think i shall crack it in the next decade or soooo :)

Hope everyones been keeping well in the blogo-sphere.

The gets have changed the blogger app. No idea how to get pics on here. Bare with I'll see what i can do or kick my son off the pc and do it from there, mine craft can wait. 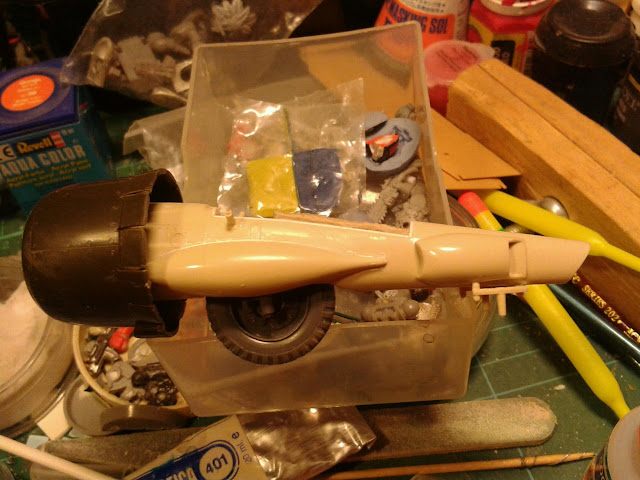 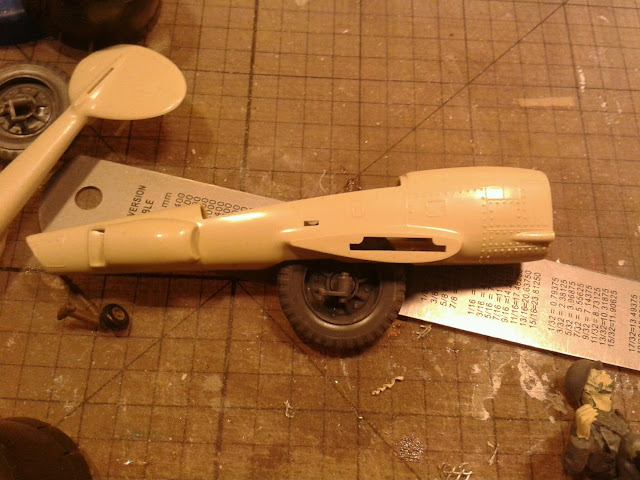 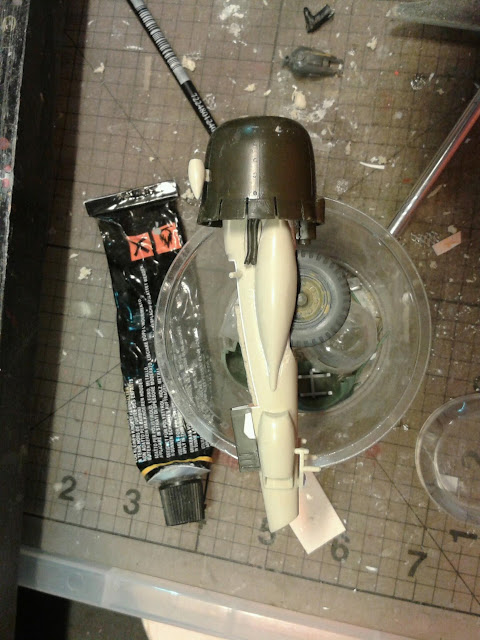 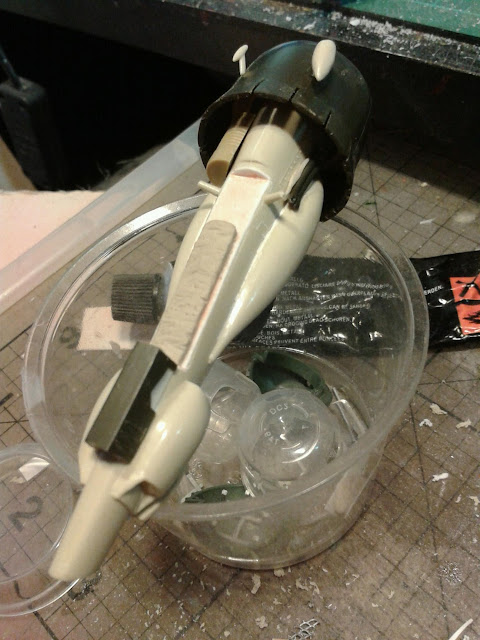 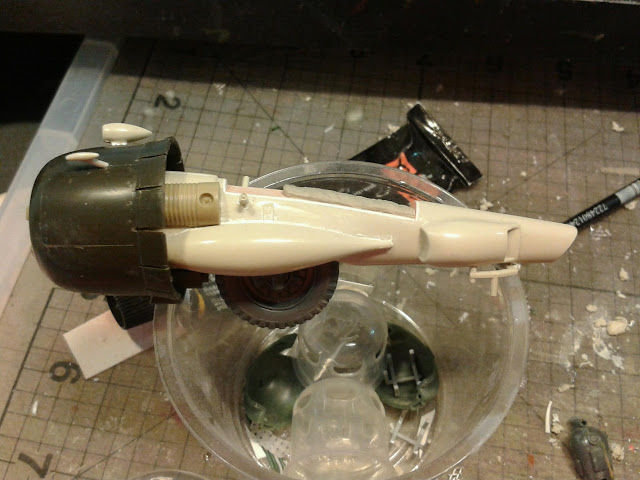 a ratling , a squat and an augmented human walk into a bar.

just a quick post with some truly crap pics from the desk. you can see my collection so far of the re-imagined RT era space marines project. Only two to go plus maybe an officer to lead them that i may have think up myself or get some inspiration from the rogue trader book in keeping with the project.
Then its on to reimagining the 3 classic minis in the title for my inq 28 warband. Now this will be a proper challenge to find doner parts. Intact the human I've attempted before and led me onto the SM project. Finally if i can ever find my inq rule book ill be able to start on another inspired by the awesome art contained within but can i find the bloody book can i hell as like o_O 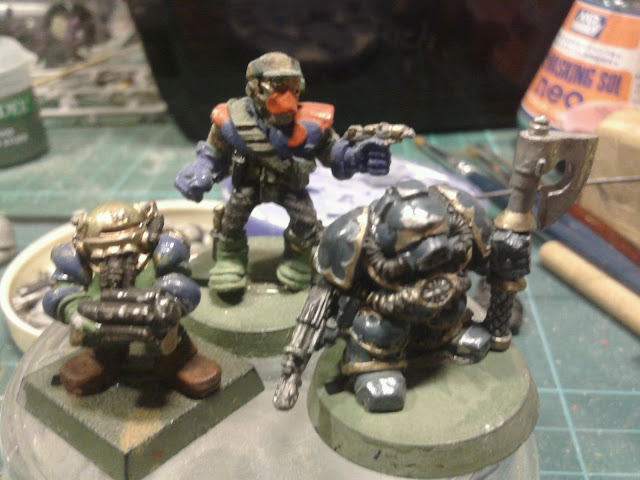 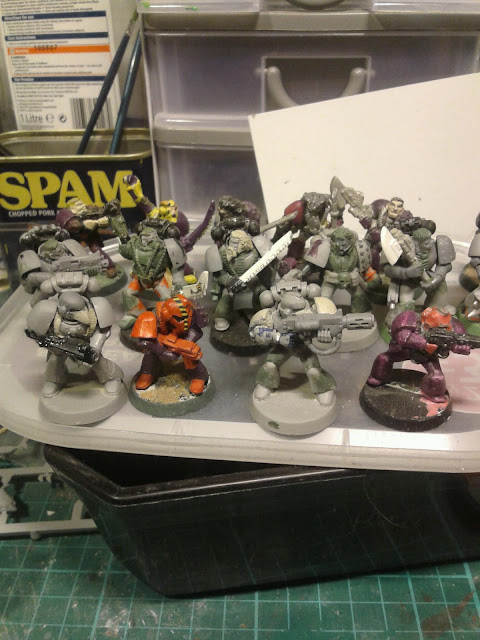 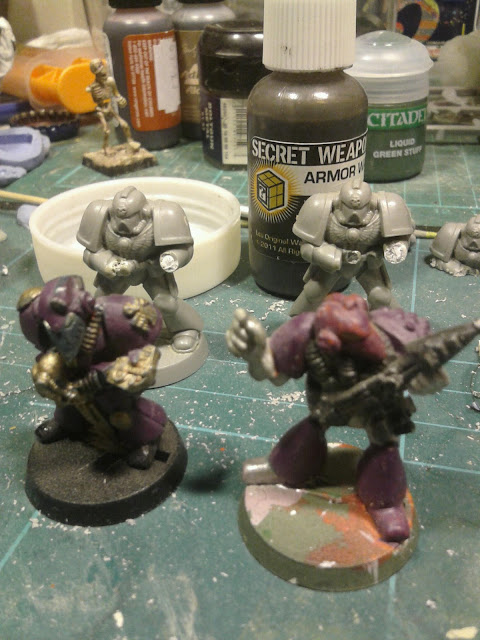 Pictographic Imager is non functional and all attempts at entreaty to the omnissia to reawaken it's machine spirit have failed. Will consult a tech adept and hopefully get it working again soon to bring you images of my latest creations. If sacred oils and mechanicum approved incense fail i'm open to suggestions for a replacement.
And whilst i'm here blabbering on it's a bit of a shock about the spec games getting the chop but on reflection it may be a good thing in the long run will have to see and i'm enjoying the rumors that are being extrapolated from this event ;)
I dont like the no pics posting so until somethings sorted on the camera front unless the post is real interesting (mine are not btw hence the pics lol) so may be all quite for a while gotta save up the penny's. 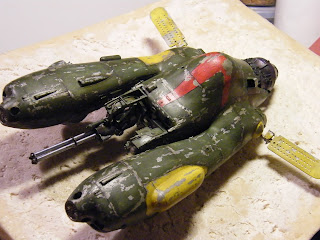 Here's the falke with all it's paint done, It has got decals on now but no pics yet  (soon tho).

Hope you like it and tell me whgat you think of the weathering.

A more wordy update over the weekend with finished pics promise tho i have an epic cold that is hampering my motivation to do anything at the moment.
And happy star wars day everyone MTFBWY
Blitz 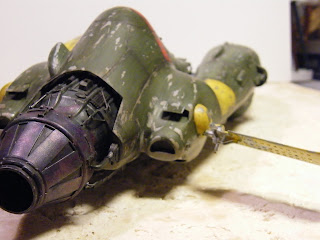 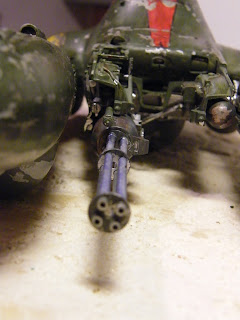 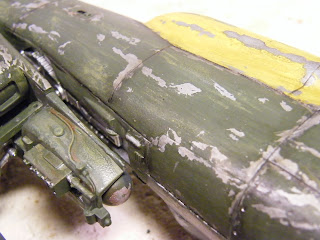 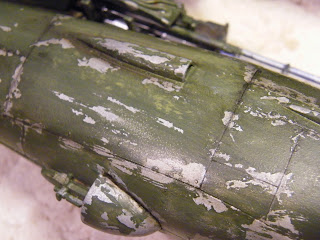 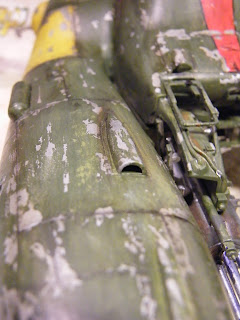 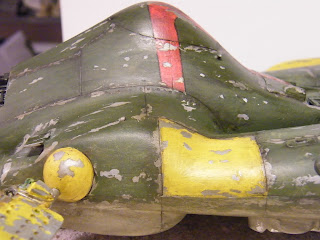 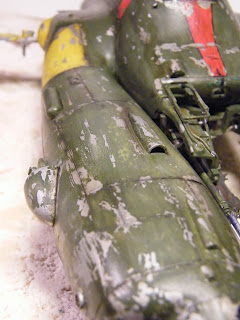 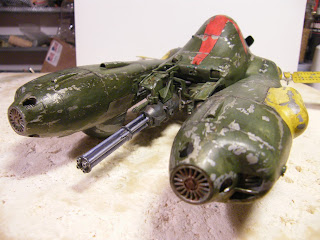 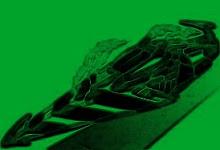 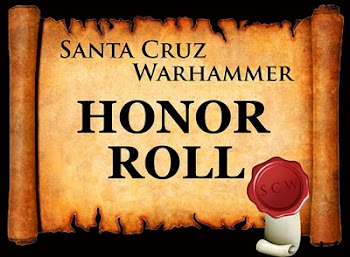 Blitzspear
I'm 35ish married with 3 sprogs o doom and have 2 jobs, lucky me :) I read a LOT of scifi and fantasy books and try to build scifi models if real life (TM) would bloody well stop getting in the way. Just to add that i'm dyslecsic so sorry in advance if my spelling is err imaginative.